9flats founder at NEXT11 in Berlin! 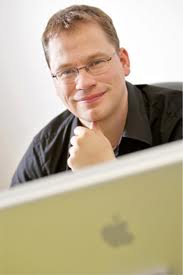 9flats.com founder, Stephan Uhrenbacher, will attend the NEXT11 event to be held on May 17th and 18th in Berlin.

Stephan will participate in a discussion on new business models called “Data Business Models Will Rule the World?” on the 17th at 3.30pm. Stephan’s talk is titled “It’s About Experience, Not Ownership – Indicators for a Radical Change in Consumer Behaviour.”

Stephan Uhrenbacher is one of the leading entrepreneurs in Germany. He was part of the success of UK travel portal lastminute.com and had a responsible position in Bild.de, the news website of Germany’s most popular newspaper, as well as online pharmacy DocMorris.

His biggest success to date is the recommendations website Qype, which he founded in 2006. With 18 million unique monthly users across eight countries, Qype is by far the leading website of its kind in Europe. His other projects include Avocado Store, an online marketplace for sustainable products, which was awarded several times for best start-up in Germany.

9flats.com is the latest project of Stephan and is set to become another success. Since its launch in February this year, 9flats has already reached over 20,000 users in 40 countries and offers thousands of accommodations to rent across the world.