A Personal note from Stephan Uhrenbacher, CEO of 9flats

Last week, we announced via TechCrunch that we would be one of the first larger companies to accept payments via Bitcoin. The implementation of this quite simple technical step did cause a stir.

Now, we are taking it one step further:
From today, 9flats hosts are able to accept Bitcoin as a method of payment. So for the first time, anyone can make money in Bitcoin, not just the geeks “mining” them or the rest of us buying them via an exchange.

This is something which our hosts have asked for repeatedly and we are glad that we can do this. Here is a bit of the underlying reasoning on why we support Bitcoin.

Transactions are expensive. 9flats moves a lot of money. Payment costs are the single biggest expense we have in accepting payment from our guests and transferring the money to our hosts. This is the reason why we see so many new payment startups that all make it easier to accept credit cards for merchants: These 1-3 % per transaction just add up. For us, of course we like to see the cost of these transactions to go down. Bitcoin is a cheaper payment method and I think transaction costs will rather go down than up. With Visa and Mastercard you have strong shareholders who demand a dividend, a decentralised system like Bitcoin in theory should foster competition amongst providers. Our hope is that the current rates to simply get your money from A to B should go down in the future.

International Financial Transactions are be a pain. As we currently offer places in 159 countries, we often have trouble with international bank transfers. Not everyone uses PayPal and in Russia for example it is not even possible to set up a PayPal account. In some cases we had to resort to Western Union even in the US  in order to ensure that people got their money. This is clearly not the way we think a global economy should work.

Setting up Bitcoin was no hassle for us at all. Within our processes we convert Bitcoins into the respective currency (mostly Euro) at the moment of transaction. This ensures that neither 9flats nor the guest are put at risk of currency fluctuations of Bitcoin which are presently a big issue. Of course, the host has a choice whether to directly transfer Bitcoin into local curreny or to hold on to it with full exposure to ups and downs to the exchange rate of Bitcoin.

I have one more philosophical reason to support bitcoin:  Over the past years in reality both USD and Euro have not been a great store of value. Printing money is not a good way of preserving the value of the currency. If you were on the lookout for something that had a trend to appreciate then you would have chosen currencies of countries like Canada or Australia with a strong link to the price of commodities such as crude oil or iron ore. In essence regardless whatever you do to hedge your bets there will always be some level of speculation involved. Adding another currency that is not linked to politics of an individual country does make a lot of sense to me.

Important: We do not advise for or against investing in Bitcoin. Bitcoin as a currency provides an easy way for transferring money. Because of the recent surge in the share price of Bitcoin, many people are starting to hoard Bitcoins as a kind of speculation. While it is entirely possible that the trend of an increased value for Bitcoin might continue we do also see the risk that any sudden change in regulation or negative news about Bitcoin could result in the price falling quite rapidly. This would not have an effect on the use of Bitcoin as a payment method, but it would mean that people would risk losing the value they have invested in Bitcoin. 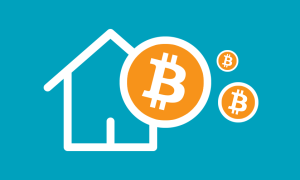