Here is a post for those of you who live where the winter weather has already begun will most certainly enjoy reading. This week our 9flats Top Tip is dedicated to the month of March and will accompany you to Spain. Beautiful, hot, sunny Spain.

As early as March, municipalities in a number of Spanish towns and cities organise popular events and festivals. Often inspired by religious holidays these celebrations attract a really rather wide range of people, both Spanish and not, and last an average of at least five days. One of the most remarkable are the “Fallas” celebrations in Valencia. Although they officially always start on the night of the 15-16th of March, they are pre-launched on the 1st of March by a five minute long, window rattling series of firecracker explosions in the main square, the Plaza del Ayuntamiento. 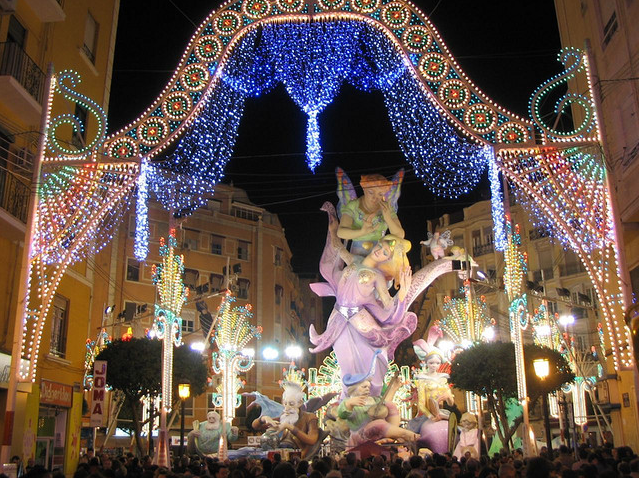 Fallas in Valencia, photo by ramonbaile

Two weeks later, traditionally called Falleros get one whole night (only) to erect as many as 700, up to 15 meter high, structures made of wood and paper-mache. These have been designed and built by exclusively picked teams of artists, architects and designers over the past twelve months and can cost up to €120.000 each!  Once in place, these cartoonesque statues stand for a whole week and attract the open-mouth gazes of  thousands of tourists and locals alike. Then, on the 19th of March, when the clock strikes midnight, the probably largest legal pyrotechnic event begins. Starting on the outskirts of the city, one by one, these first-class, elaborate and unique statues, that took months of hard work to build, are turned to ash. Flames reach up high into the sky and offer a truly wonderful spectacle that shouldn’t be missed.

The entire week during which these magnificent Fallas stand tall and proud, night after night the Valencian population joyfully celebrates at their feet. Huge marquees are pitched up at  what seems like every second corner. You can hear music playing until late into the night; taste and smell various delicious paellas being cooked; and enjoy the sight of families and friends laughing, talking and dancing on the streets until late into the night. Be careful though, even the youngest of children seem to be carrying boxes full of firecrackers and aren’t shy of cheekily throwing them at just about any one’s heel.

Fallas in Valencia – where to book

A truly marvelous festival and an entirely valid reason to book a holiday to Spain. We have done some research and found a number of great 9flats in Valencia which you can book and retreat to after a long and happy day of Fallas celebrations. 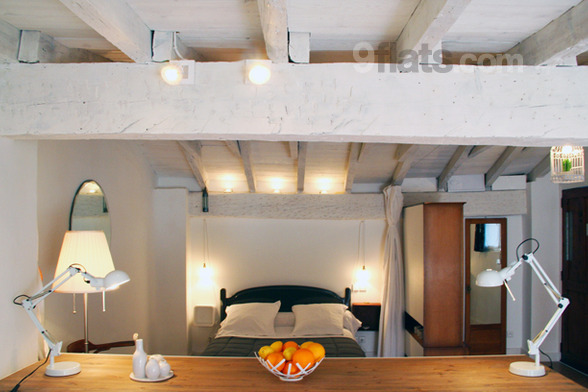 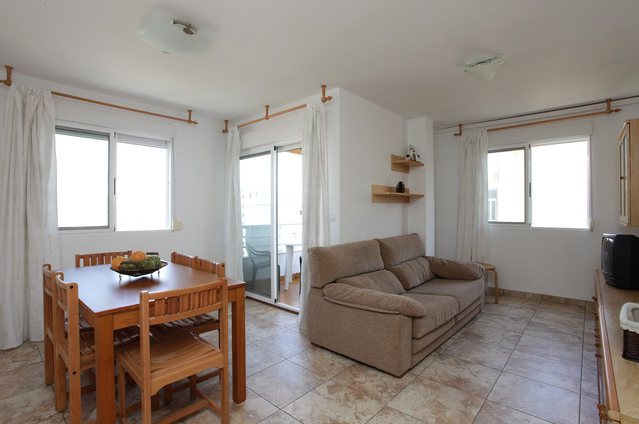 Located slightly outside the city but very well connected, this clean and bright private room is the perfect solution for a low budget. 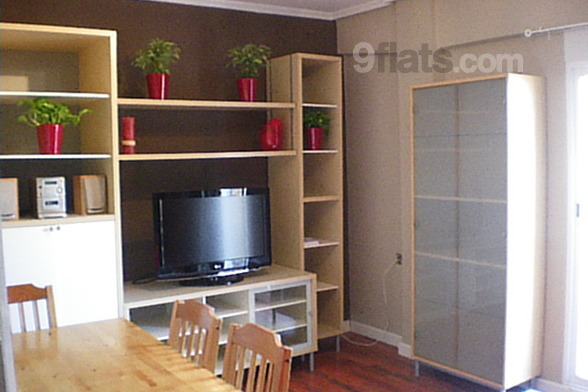 We hope you have enjoyed this post and look forward to informing you again next week with our April top tips.