Despite being Scotland’s largest city, Glasgow is often overlooked by visitors who only go to Edinburgh. If you only had time to go to one of the two cities, Edinburgh is the obvious choice. However, Glasgow is a great destination in its’ own right and definitely not one to overlook.

For most the draw of Glasgow is the; museums, parks, shops, nightlife and great restaurant scene. It is also a great base to explore Central Scotland since it has good transport links with all surrounding areas.

Getting to and around Glasgow

Navigating foreign cities can be stressful at the best of times. Luckily, Glasgow is really easy to get around. If arriving by train or bus, you are already in the centre of town and only need to get to your final destination. One of the best ways to get around the city is by underground which is very easy to use. The Glasgow underground only has one line which is a circle around the city. A guide to the underground can be found here.

If arriving by air, you will either be at Glasgow International or Prestwick Airport which Ryanair use. Like many ‘city’ airports that Ryanair use, Prestwick is nowhere near Glasgow, it is actually about an hour away by train. However, it is still convenient since there is a train station at the airport which takes you to the centre of Glasgow. For timetables and prices for all Scottish trains, go to the Scotrail websites. From Glasgow airport, a bus service (up to every 10 minutes) takes you into the centre of Glasgow for only £4. To avoid any confusion about where to get it from, here is a map and timetable.

Now that you are in Glasgow, it is time to enjoy the attractions…

A few minutes bus ride from the centre and European Park of the year 2008.

One of the major shopping streets 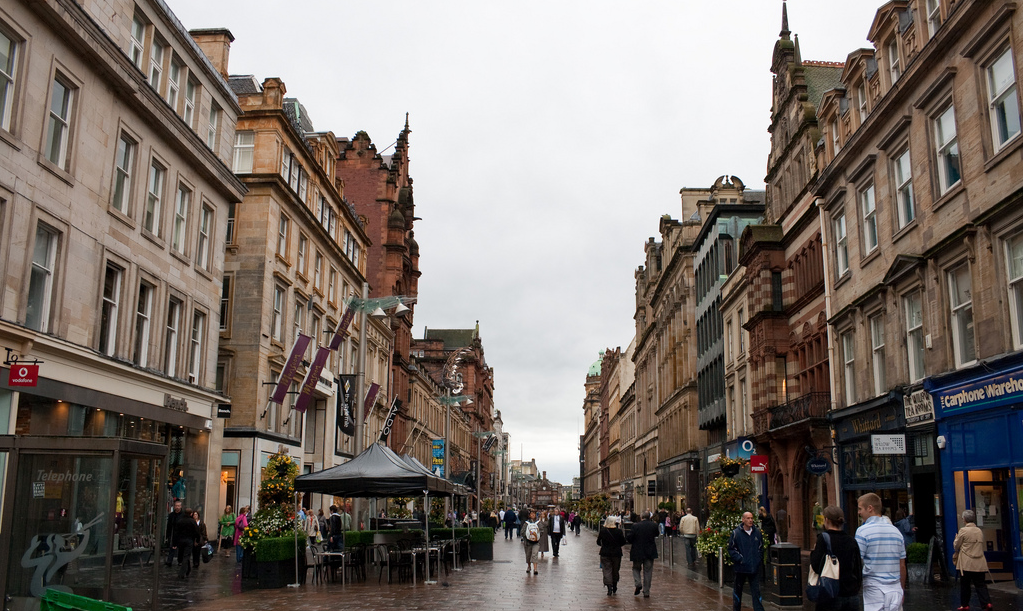 Check out our great accommodation in Glasgow