Innsbruck – A Visual Feast for the Eyes

Myself and a colleague were lucky enough to be given the opportunity by 9flats to travel to Innsbruck, Austria where we attended the TBU workshops. 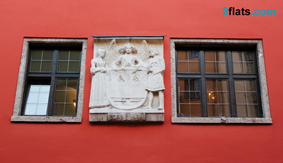 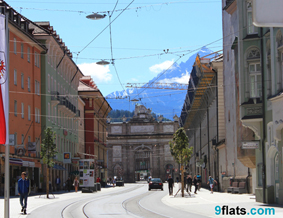 I had never been to Austria before and my main impression of that country came from books I read as a child, The Chalet School series by Elinor Brent-Dyer. These books are set in the Austrian Tyrol and featured lots of swimming in lakes and school mistresses scolding girls who didn’t air out their bedcovers every morning.

The flight to Innsbruck took me right over the Alps, so if you are planning on travelling there, try to book a window seat to experience some breathtaking views as you fly over seemingly never-ending mountain ranges. The actual flight-path into Innsbruck airport is also amazing, the plane swoops down into a narrow, flat valley nestled between mountains on either side which are punctuated with typical Austrian style chalets surrounded by pine tree forests. 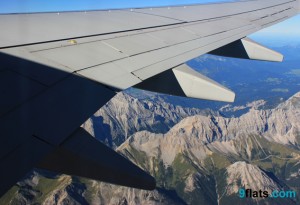 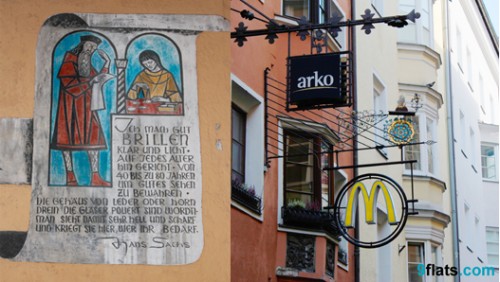 Innsbruck itself is almost too pretty to be true. It is absolutely spotless and the city has obviously worked hard to keep its historic charm with modern signs given a historically appropriate twist. In Dusseldorf airport I got talking to a fellow-traveller who mentioned that Innsbruck had the most famous McDonald’s ever, because the authorities would not allow the standard signage as it would ruin the aesthetics of the medieval city. After this little chat I was expecting something like a hand-carved sign covered in gold leaf instead of the standard, garish plastic one, but as you can see from the picture, it is disappointingly un-medieval!

Of course there are lots of cafes and restaurants in Innsbruck for you to choose from for delicious cakes, lunches and traditional meals. You can walk around the centre of the city very easily and browse through the numerous shops selling different variations of cured ham, specialist bread shops, cake shops and not to forget browsing through supermarkets full to the brim with chocolate. If you don’t want to have to push your way through large gangs of tourists be warned! Innsbruck is definitely a town which is marketing itself as primarily a tourist destination. So, apart from up-market shops and the Swarovski Crystal shop, on every street you’ll find shops selling tacky goods such as plastic cuckoo clocks, Tyrolian-style hats and weirdly, Christmas decorations all year round! 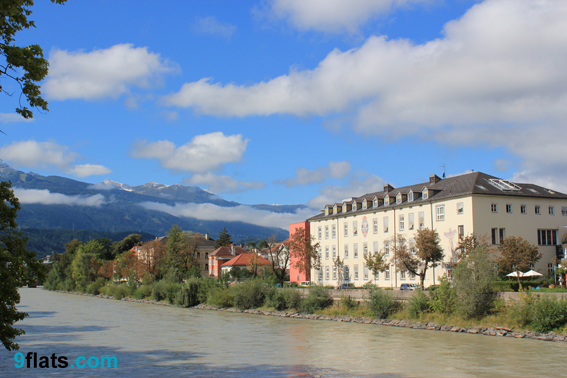 My feeling regarding Innsbruck was that due to its size and the fact that you can explore the city on foot is that it is the perfect weekend destination and for the same reason would also be excellent for a group trip. The group can split up, wander around, bump into each other and set meeting points very easily, rather than being in a big city where the logistics of transport, meeting points and travel times can make being part of a large group travelling together rather stressful. 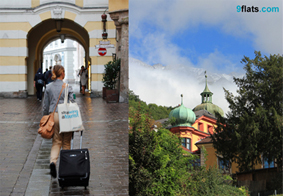 For longer term stays there is the public transport bus service, however, personally speaking I would prefer to rent a car and drive up high into the mountains and go exploring. The Innsbruck website has comprehensive information on activities, travel and eateries. You have the option to purchase the Innsbruck Card, which gives you discounts on travel, cable cars, entry fees and Internet access, however, like many of similar European city cards please do check carefully what is on offer compared to your schedule and needs, as it could end up costing you money as opposed to saving you money.

All-in-all however, I can 100% recommend a visit to Innsbruck. In Winter there is skiing, in summer, hikes through the mountains or trips in cable cars. Even if you never venture out of the city, you will never be visually bored – the historical architecture juxtaposed against the backdrop of the Alps, combined with the ever-changing weather provides you with something spectacular to gaze at in wonderment on every day of your trip.