The 9flats team goes to Asia… We just went on an amazing trip to Istanbul, and here are our top tips for a fun-packed 3-day trip. 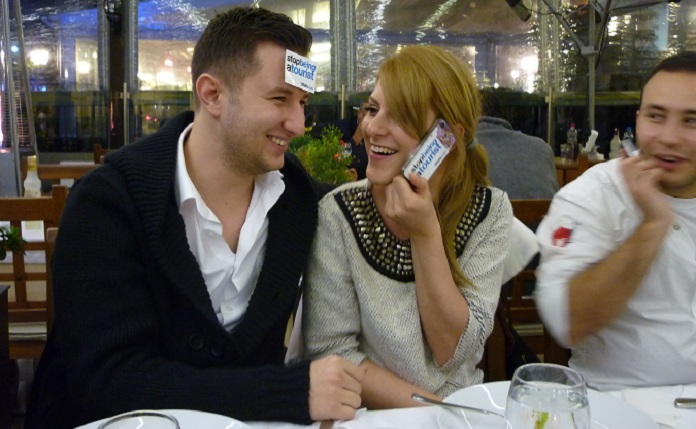 Our local guide, Cem (right) introduces 9flats to his friends

Is it just me or does it seem like everyone’s going to Istanbul for little mini-breaks these days? And what is it that’s drawing people to this city?

We at 9flats wanted to investigate. Luckily, we had Cem, from the marketing team as our local guide. He’s from Istanbul, and helped us pack more into three days than we thought humanly possible, including some of his own favourite spots, which we now want to share with you…

We left the office at 12.30pm and arrived in Istanbul at 6.30pm. The food on Turkish Airlines is worth the price of the flight alone, and we were offered the choice between baby chicken (?) and lamb. They ran out of wine, nothing to do with us of course… 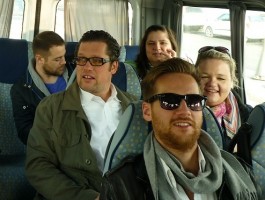 Cem had hired a minibus for us for the whole weekend for only €15 per person. For a group trip this really is the best way to get around, and avoid the very often dodgy taxis.

Off to pick up the keys from our friendly hosts: we stayed in this lovely old five-storey house with roof terrace. Located in Beyoglu, a busy shopping and partying area, it was near enough the main drag (İstiklâl Caddesi) for fun times, yet far enough away for a bit of peace when necessary. And in total only €16 each per night. Pretty amazing value, even if we say so ourselves.

Cem took us for dinner in the fantastic Guney Restaurant, owned by one of our favourite 9flats hosts, Koray, right beside Galata Tower. We walked in to find a glorious spread of fresh, colourful, delicious meze (nibbles, I suppose). After demolishing these, we tucked into aubergine and lamb, followed by baklava dripping with honey. All accompanied with milky, aniseedy raki. It’s not my favourite thing in the world, but when in Turkey… and actually, Cem showed us the delicate art of pairing the right food with it, which makes it a lot more palatable. Warm, full and fuzzy, we strolled to a tiny alleyway, Tomtom Mahellesi, and filled what space was left with strange, exotic shots in a bar called Tektekçi. What to do then, but shake it all around and dance in the streets with the locals until three in the morning. This feels nice when you know that back home in Berlin it’s already hit minus temperatures.

Of course it’s too early to go to bed. We’re from Berlin after all, 3am is going out time. So we sat on our roof terrace for a couple of hours longer, happy, satisfied, and excited about the next two days. 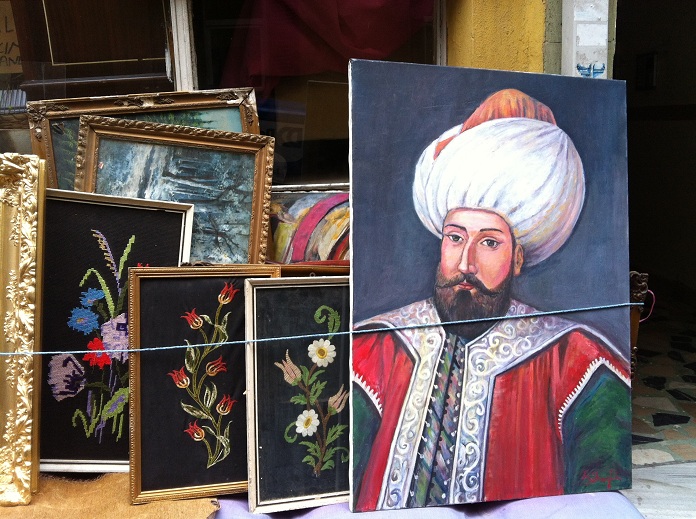 So many antiques, so little time

A few sore heads went for breakfast and then to the historic Grand Bazaar, where Cem had organised a little bargaining competition. It is of course well-known that only a mug pays the full price of anything in the bazaar, but it’s still quite an art to get the price down. He challenged us to get the best discounts, and the person with the biggest discount won the (dubious) prize of drinks that evening (congrats, Annika, who got her wallet for half price). 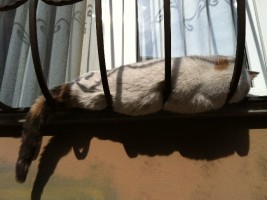 Meanwhile, I had already been to the bazaar so slipped away to see the Museum of Innocence. A real little gem of a place that turns Nobel prize winning author, Orhan Pamuk’s book of the same name inside out: extracting the words from the page with dusty tweezers, and sitting them behind glass cabinets. A vintage lover’s delight, full of Turkish treasures from the glamorous 50s and 60s. Plus the whole manuscript of the book laid out along one wall. For book nerds like me, that’s pretty cool. A bit cheeky to charge foreigners more to get in, but I can reveal to you that if tell the guy at the door you’re Turkish with a cheeky smile, he might just let you in for the cheaper price. It was also a nice chance to stroll around the streets and peek into the little antique shops and clothes boutiques. Good thing my bank card wasn’t working.

I met the group at the Spice Bazaar, where I stocked up on the crunchiest of almonds, the delicatest of teas and the stringiest of cheeses. For what I now know in hindsight was the biggest of prices. Still, I had a nice chat with the shopkeeper. Then, off for some culture… 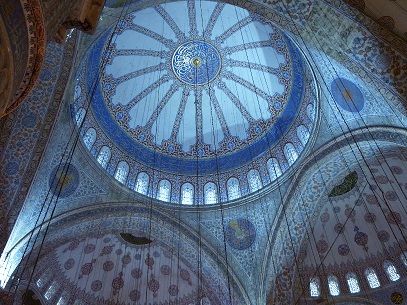 First, Haga Sophia, an ancient building dating back to 360AD that was once a Christian church, then a mosque, now a museum. Then to the Blue Mosque which is free in and just stunning. Peaceful, light and airy. A place to sit and reflect, no matter what religion you are, or aren’t. It could teach many dark, ominous Catholic churches a thing or two. 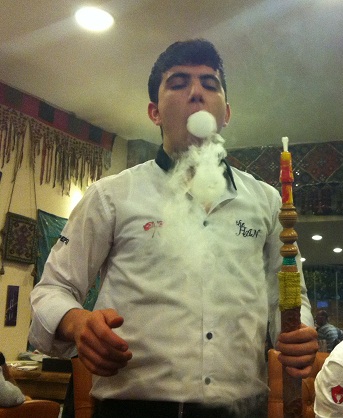 While waiting outside, we drank a cup of hot white liquid rice with cinnamon, which I can’t personally describe as nice, but some of us liked it. Worth a go. Finally, a trip into the dark depths of the Basilica Cistern, ancient water storage made highly romantic.

One nargile (shisha pipe) later, we giddily sat ourselves back in the bus to a place far, far away to… yes… eat more food. We had the music so loud in the bus, the police thought we were an ambulance and tried to pull us over. The restaurant, Balıkçı Hasan (Hasan the Fisherman), was worth the hour-long trip. Another friend of Cem’s, he serves a huge array of fish in an untold number of ways, and everything was truly delicious, once again. 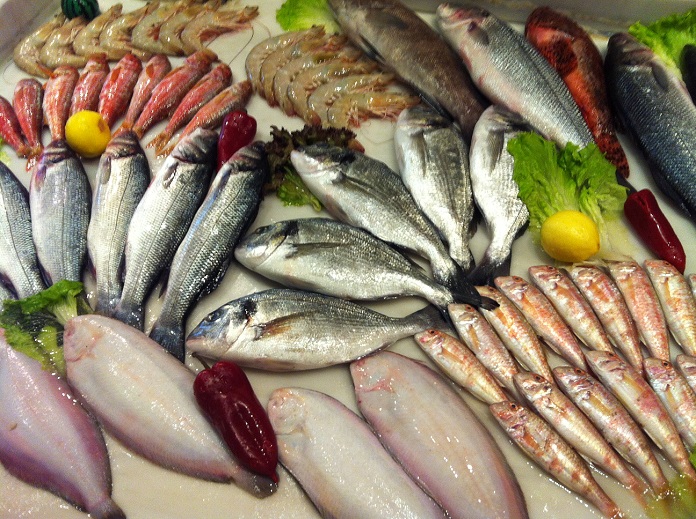 After being up until 4am the night before, what do you need but a pummelling from a hairy man in a sweaty room? A few of the brave men went to Galatasaray Hamam, and came back damp and pink cheeked, and €50 poorer. Afterwards, time for one of the best breakfasts I ever had in my life. Far up the Bosphourus to Cafe Nar (Cafe Pomegranate), one of Cem’s favourite places to eat when he lived in Istanbul. Seems like it was popular with Istanbulians too, as it was packed full of people eating pancakes with caramel, plates of Turkish cheese… one colourful dish after another. Well worth a visit, and if you do, we recommend ordering just a bowl of that amazing caramel.

Next, a boat tour. Time to sit back, relax, see the skyline from another angle. A tip: bring a fresh simit roll and you can make good friends with the Turkish seagulls. 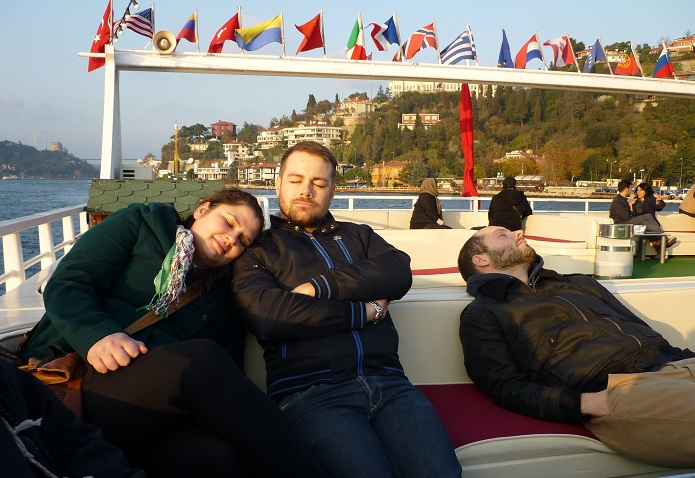 Taking in the sights along the Bosphorus

A few of us girls went to Dolmabahçe Palace, mainly because we were dying to see inside a harem. A fascinating place to visit. Full of European architecture, with an oriental twist, for example fake marble pillars built on wood columns, and many small hamams hidden around the building. And the very bed where the reformer Ataturk himself died. Life wasn’t bad for the women really, apart from being imprisoned from the world and used as pleasure toys. We were assured by the tour guide that the Sultans did only have one wife. The rest were merely ‘dates’. Charming.

Time for food, again. While some busied themselves in the fast-food joints of Taksim, us girls jumped in a boat to Asia (only 2 TL/€1 on the ferry from Beşiktaş). After a chat with some young guys on the ferry about football, a stroll in the other continent, yet another cup of strong tea and a wistful talk about what we dream to do in life, we picked up a fish sandwich, the delicious mackerel rolls that abound in Istanbul. Freshly fished from the water, and so, unbelievably tasty. 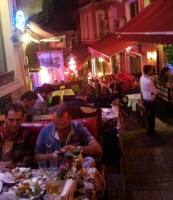 And back to Europe on the ferry to Eminönü. A walk across Galata Bridge, full of its ever-present fishermen, back to Beyoğlu and we find the rest of the group nestled in yet another alleyway, in yet another bar. This time, Cem took us to one of his old haunts, a windy, steep street called Cezayir Sokağı (Algeria Street) packed with bars, neon lights and super-friendly staff. It was a bad idea, but felt so right, and I do remember there were mojitos involved… and more food.

Today, we merely dragged our bodies through the airport for our flight at 7am, grateful, once again, for Turkish Airlines’ hot, delicious food (no wine). Then back to our desks for 1pm to bring you more great places to stay and still more tweaks to the website.

Thanks to Cem for an incredible journey, and for sharing your city with us. We’ll definitely be back. We did a lot in three days, but it still wasn’t enough.

Need some help planning your trip?

If you’re inspired to go to Istanbul and would like some advice about food, bars, travel, visas, accommodation… anything, just let us know. In the meantime, here are some more Istanbul tips you already shared on Facebook. 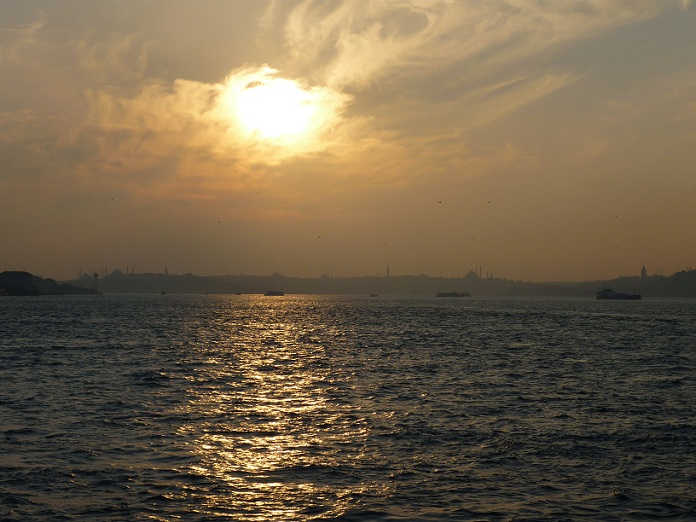