Guide to Pride 2012: Top 5 cities to celebrate in style

On the one hand, we now have a US president who lobbies for gay marriage, as well as openly gay mayors in Berlin and Paris. Things seem pretty good: lesbians and gays are now properly part of society and have achieved a lot in terms of equality. Unfortunately, on the other hand, homosexuals still face the death penalty in some countries.

Stark contrasts, and one reason Christopher Street Day exists: to protest against this discrimination.

The CSDs are a way for us all to demonstrate and celebrate together – colourful street parades that are a highlight in the lesbian and gay calendar. We’ve asked around for you, and here are our top 5 CSDs: in Berlin, New York, Barcelona, London and Amsterdam (together with gay-friendly 9flats places you can crash out in afterwards).

Hosts: an idea for welcoming your guests (Photo: Sewitsforyou, Flickr)

Tip… To find a gay-friendly place on 9flats, first tell us where you want to go, then use the filters at the top of the search results page, under ‘Amenities’, ‘Extras’. And hosts, if you want to make your place show up in searches for CSD, remember to click ‘gay friendly’ in your place profile. 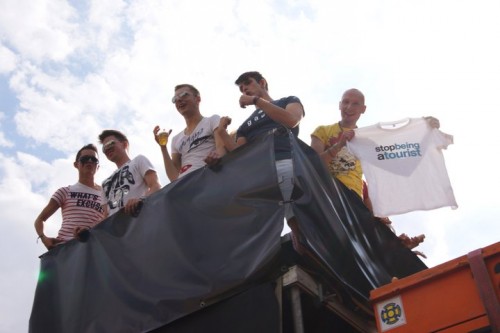 There was much excitement surrounding the announcement of this year’s Berlin CSD route. Why? Because this year’s parade on 23 June won’t begin as usual on Kurfürstendamm (where there are currently roadworks), but at Prinzenstrasse underground station. One of many comments on the Berlin CSD Facebook page: “What idiot set this year’s route through the depths of Kreuzberg? Kreuzberg is, of course, in no way dark. Until recently 9flats HQ was in Kreuzberg, and we love this area.

Even though it has a new route, Berlin CSD will be celebrated like every year: to the full. Not just at the official parties (like CSD Opening Party, June 22 at Goya, Nollendorfplatz or CSD Lesbian Party, June 23 at Club Magdalena (formerly Maria), at corner of Schilling Bridge/Stralauer), but also in small clubs. Host Martin will tell you the best places to go if you stay in his Kreuzberg apartment (very close to this year’s route). 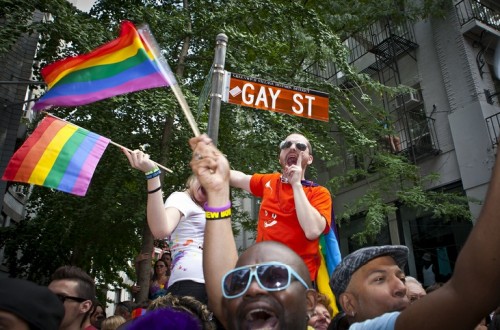 We admit it. We’re impressed with the theme of this year’s Heritage of Pride Parade on 24 June in New York: Share the Love. Because when you share your 9flats living room with cool people (and show your hospitality) for NY CSD, you, too, will be sharing the love. How cool is that? If only for this reason, we should really talk to our boss, and ask him to sponsor a little 9flats trip to New York (straight employees included). Obviously it would be better if we met some of you there.

If you’re musically at home in the 1980s, there’s one more reason to jet off to New York: Cyndi Lauper. The pop icon will most certainly perform her hit Girls Just Wanna Have Fun have all the girls (and boys) dancing at her feet. Very close to the parade (in Manhattan), we recommend this cool apartment with space for up to four people. 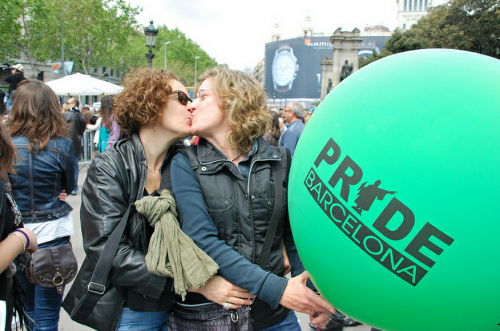 In Barcelona, you can experience Gay Pride with sun, sand and sea. Pride Week begins here on 22 June, and the parade takes the stage on 1 July. We asked one of our hosts Miguel if he has advice about where to go out at night. He recommends cool bars like Dietrich (C. del Consell de Cent 255, open 10pm-4am) or Z: ELTAS (C. de Casanova 75, open daily 10.30pm-3am). The best of the rest, you can find out from by Miguel when you stay in his place.

By the way, his two 9flats apartments are located in the gay area of Barcelona in the Eixample district (called Gayxample by the locals). For all the rainbow families – gay couples with children – there’s Pride Kids, held on 30 and 1 July on Maria Cristina Avenue. Here, there’ll be bouncy castles for the little ones, while older kids can take part in sports competitions and workshops. Everything is free, anyone can come along. 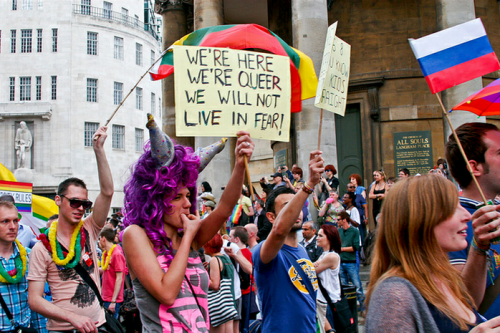 For the British capital, 2012 is the year of celebration. Not just because Queen Elizabeth II celebrates her 60th Jubilee and meets the best athletes in the world at the Olympic Games: London this year is also the setting for the third World Pride, the largest CSD around (so far it’s only been in Rome in 2000 and Jerusalem in 2008). Organisers expect two million visitors on the day of the parade on 13 July, which starts at 1pm in Baker Street, then passes through Oxford Street and the shopping area of Regents Street.

The end point is a free concert in the city’s most historic square, Trafalgar Square (as Admiral Nelson would agree). Of course you can always arrive a few days earlier, as the party starts as early as 17 June in the Soho district (the gay district). You’ll also find conferences, gala dinners and cool events all over the city. Stay in this cosy room with private bathroom between Victoria Park and Millennium Park. 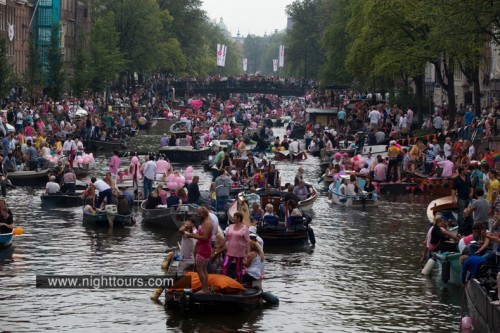 Ships instead of trucks, canals rather than streets… you’ve guessed it, it has to be the Gay Canal Parade in Amsterdam. For the 16th time, half-naked sailors, drag queens and girls in skimpy costumes will party hard on cool, decorated boats. The parade starts at 3pm on 4 August from Westerdok harbour. Then it goes on the Prinsengracht canal, past the music theatre to the Ossterdok. 75 large boats have already signed up.

Amsterdam offers not only many bars and clubs for gay men, but lesbians also have plenty to do in the city. In the best-known lesbian bar, Vivelavie (Amstelstraat 7, open daily 4pm-3am) and Saarein2 (Elandsstraat 119, Tue-Thu/Sun 4pm-1am Fri/Sat 4pm-2am), the best parties take place between 2 to 5 August. And if you want to relax, this chic designer apartment for up to four people in cool De Pijp is the perfect place.

Know any other CSDs that should be in this list? Let us know!